We pushed Katie Porter to sign the Green New Deal. What's next? 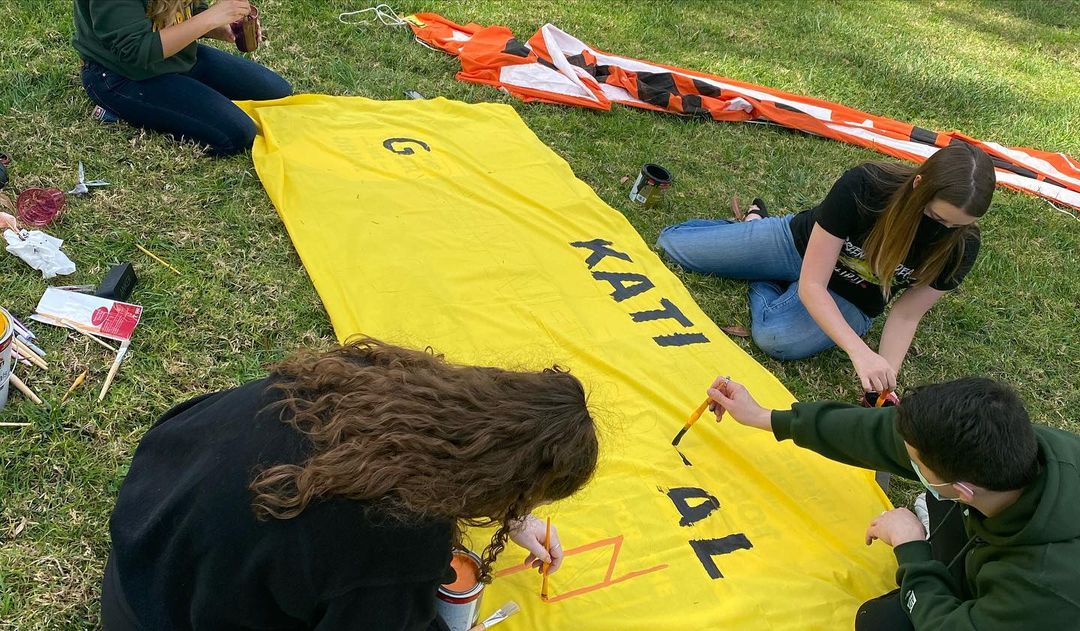 How did this even happen?

Months of activism by everyone at Sunrise UCI like Kelly, Elena, Charlotte, Dinorah (ADEMS 64 Delegate), Stephen and folx at Sunrise OC like Alejandro, Phap, Daniela, and myself contributed to this. We met with representative Katie Porter's office with assistance from the Sunrise Movement nationals office in February. We took turns talking with the office and describing why the climate crisis matters to to the people Orange County. The office seemed reluctant to move on any of the Green New Deal or the resolution. We ultimately planned a long week of actions in February but it was pushed back to march to fit the congressional schedule.

On Wednesday night, ~6 hrs before the planned action in front of Rep Katie Porter's house, the Sunrise Movement national congressional relations team alerted us that someone leaked our plans to the office of Katie Porter. We then hopped on a zoom call with the Chief of Staff and scheduled a meeting with Rep Porter.  On that day, Representative Katie Porter was walking around the halls of congress while speaking to us. We first expressed our demands for Katie to cosponsor the 2021 coGreen New Deal resolution and her response was that the labor provisions have not been strong enough. We also spoke about her potential endorsement for Community Choice Energy Locally. We also got clean answers from the representative such as "I support Free College for All" and "I support the abolition of slavery".

On 4/20 Tuesday, the evening before the reintroduction of H.Res.332, Representative Katie Porter called me and said, "I'm supporting the Green New Deal resolution." I was ecstatic and was trying to contain my excitement over the phone.

But the work doesn't stop with the resolution. We need her to support all of the Green New Deal for Cities, the Civilian Climate Corps by Rep Ocasio-Cortez, and the Green New Deal for Public Housing. You can call her office or any other representative for action on these bills with this at https://www.callforthegnd.org/

We're working hard to introduce local green new deal laws into cities across Orange County, hold them accountable to ensure climate justice, and pressuring other representatives to sign on like Representative Lou Correa. The work has to go all the way to the ballot box to kick out Republicans like Michelle Steel and ensure we have green new deal champions in every electable seat in Orange County.

Blog Post
Anaheim and Santa Ana are the cities at the highest risk for climate change, yet Rep. Lou Correa chooses fossil fuel profits over his community. Sunrise OC protested to demand a just transition and good jobs for all.
August 24, 2021
Press Release
Sunrisers urged Rep. Porter to support a bill to create 1.5 Million jobs combatting climate change and economic insecurity and root the solutions in racial justice.
July 11, 2021